More than 200 housing experts, elected officials, policymakers and lenders gathered with us in Midtown Manhattan in late October at our fourth annual Affordable Homeownership Summit to learn about innovative solutions to the city’s unprecedented affordability crisis. It was a tremendous success, with peers sharing best practices and joining in a dialogue about the future of homeownership.

“In spite of the affordability crisis, we are here today because we believe that while change is inevitable, displacement is not,” our Executive Director Christie Peale said in opening remarks for the summit held Oct. 24. “Innovative action is needed to confront these challenges head on.”

The conference kicked off with the announcement of the Interboro Community Land Trust by New York City Housing and Preservation Deputy Commissioner Molly Park during her keynote address. “Affordable homeownership is one of the areas we believe [Community Land Trusts] can add particular value,” she said.

Interboro, which received a $1 million investment from Citi Community Development, is the city’s first community land trust dedicated primarily to creating permanently affordable homeownership opportunities for low-income households. CLTs separate ownership of the land from the properties themselves — thereby removing it from the speculative real estate market — while allowing for shared equity building by owners. A group of community members serves as a board stewarding the CLT for future generations.

“In spite of the affordability crisis, we are here today because we believe that while change is inevitable, displacement is not” — Christie Peale, Executive Director of the Center for NYC Neighborhoods

“Community land trusts, I think, are really an important tool in making progress,” said Richards, who has introduced legislation in support of CLTs. “We’re taking speculation out of the land. And any time you put land back in people’s hands, in the community’s hands, it’s a win-win situation.”

Tony Hernandez of Dudley Neighbors Inc, which has operated a CLT in Boston for over 25 years, said community stewardship was essential. “The cornerstone of what we’ve done over the past couple of decades is that we let the community serve as the empowering force.”

Attendees at the Affordable Homeownership Summit also participated in a series of breakout sessions on a variety of subjects: using data for advocacy, the link between sustainability and resiliency, homeowner stability beyond foreclosure, financial capability and much more.

During one session, “Building Financial Stability for Homeowners,” Brigid Brannigan, director of programs for Neighborhood Trust Financial Partners, spoke about groundbreaking partnerships between fintech and financial counseling, including programs like Digit. The platform, which is FDIC-insured, helps low-income families identify small amounts they can put away for savings.

She said there were a lot of opportunities for partnerships between fintech and financial counseling, but that even if you create technology that is user-friendly, you may not “know how to reach the clients.” 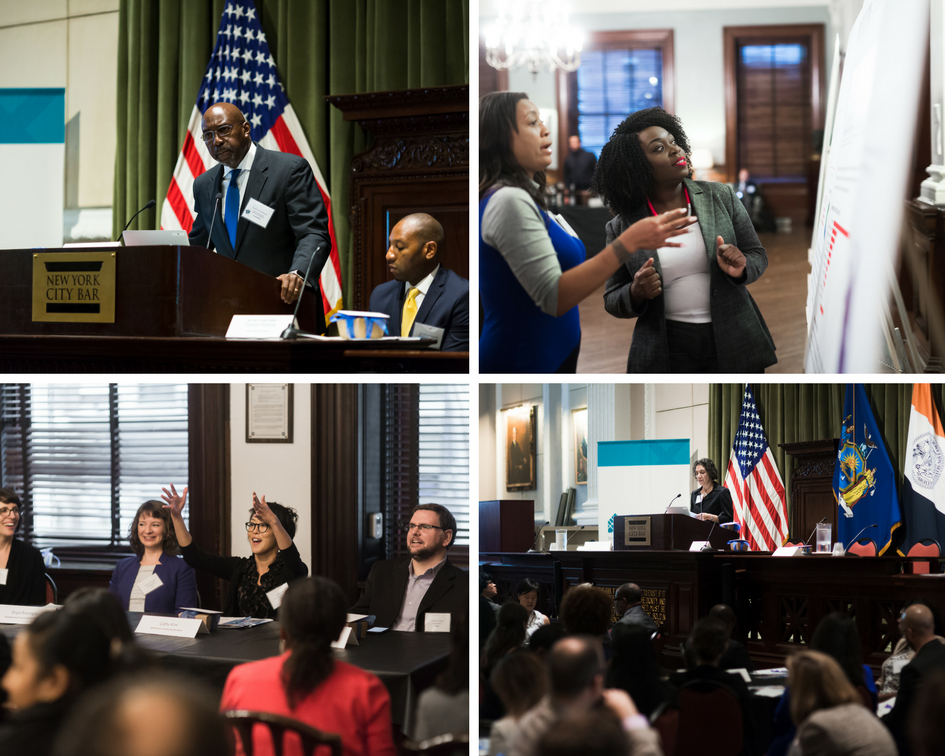 During a panel on sustainability for homeowners, Kara Allen of New York State Energy Research & Development Authority, emphasized how significant meeting people at the neighborhood level is for getting program participation. She said it was important to engage “community champions.“

Those “champions” can come in many forms, as another panel demonstration: They can be people like Yvonne Chen of Sanctuary for Families, who uses a presence on the app WeChat to speak to members of the Chinese-American community; or Peter Cavadini of New York Disaster Interfaith Services, who connects with religious communities in their places of worship. Both said that each community needs to be engaged according to their own cultural, social and linguistic needs.

“Every community reacts differently and there are different outreach materials for each community,” Chen said.

The Center also released its year-long study of East New York housing, which looks at the state of homeownership in the neighborhood that was rezoned in 2016. A panel of experts, including Assembly Member Erik Dilan, Council Member Rafael Espinal, and Melissa Long from Philadelphia’s Division of Housing & Community Development, discussed the trends they were seeing in the neighborhoods they represent that are attracting a wave of speculation and leading some long-time residents to leave.

Those strategizing in the nonprofit, housing, and consumer finance spaces throughout the country are meeting very tangible and community-based problems with an eye towards innovation. It was truly a privilege to host these trailblazers, whose everyday work helps so many lives, homes, and communities. We’re inspired, and we can’t wait for next year.

If you missed the conference, you can still watch the keynote and plenary sessions on our Facebook page.