Last year, New York Attorney General Eric Schneiderman launched the Homeowner Protection Program (HOPP), a three year, $60 million commitment by the Office of the Attorney General to fund and support housing counselors and legal services providers assisting homeowners at risk of foreclosure. As the administrator and manager of HOPP in New York City, The Center has partnered with 35 agencies that work one-on-one with homeowners to prevent foreclosures and stabilize our neighborhoods. Today, Attorney General Schneiderman announced the second $20 million funding commitment under the program and issued a report illustrating the first year’s successes. The Center is proud of our partnership with Attorney General Schneiderman and our accomplishments in year one.

In the past year: 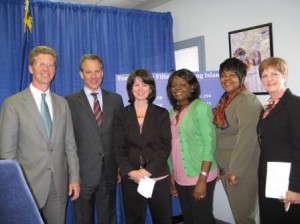